The PRE-DESIGN project stages indicate that the project has not yet advanced to design nor has a design team been selected. The project could be awaiting financing, land acquisition, review agency approvals, etc. Typically the only contact listed on a project at this stage will be the Owner or the Owner’s Representative.

There are three possible action stages that are grouped under the Pre-Design Category:

The DESIGN stages are used on reports that list an Architect or Primary Design factor. A design team has been selected at this point and design is underway. Design stage reports are usually prior to bidding, negotiating and/or start reports, although a project will be assigned a DESIGN stage along with bidding, negotiating, start or construction if design is still in progress while the project is bidding or under construction.

There are four possible action stages that are grouped under the Design Category:

The BIDDING/NEGOTIATING project stages indicate that the owner is accepting bids (prices) from General Contractors, Subcontractors, Suppliers and Manufacturers. Plans may or may not be complete while bidding is in process. When this is the case, you may see a dual project stage selection such as Bidding and Planning/Final Planning as phases of the project may be bidding while other phases are still under design.

There are six possible action stages grouped under the BIDDING/NEGOTIATING category:

The CONSTRUCTION project stages are used to indicate that work is either underway or is scheduled to begin within sixty (60) days. The name of the General Contractor, Builder, Contractor, or the fact that the Owner or some other factor listed on the report will subcontract the project will also be listed on CONSTRUCTION reports. Start of work is defined as the start of site work to accommodate the building foundation or later activity. Site work, not site clearance or demolition, is considered the start of the project as long as it is expected to begin within 60 days.

There are four possible action stages grouped under the CONSTRUCTION category:

Construction Marketing is a full-service marketing and advertising agency that works exclusively with clients in the construction industry. We provide a wide range of effective marketing strategies to help your brand stand out in this oversaturated market. Our team will create an entire marketing plan that is unique to your brand and is directly targeted to your desired customer base. We help your firm achieve its goals and reach the next level of growth. Call us to schedule a meeting to discuss your business goals and we’ll take it from there. 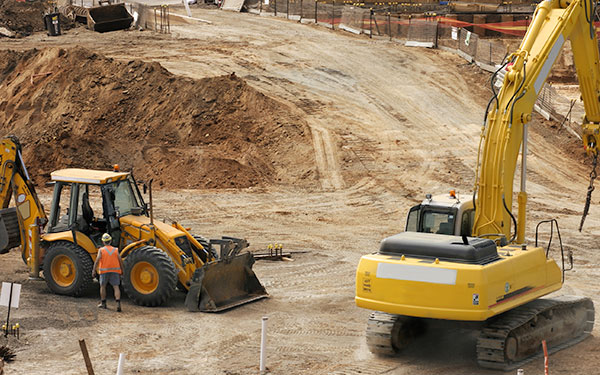